Posted by Philip F. Harris at 7:35 AM No comments: Links to this post

Posted by Philip F. Harris at 7:39 AM No comments: Links to this post

False Hope or a Changing World?

At this point it would appear that the U.S. will not bomb Syria. And today, Iran promises it will never build a nuclear weapon. There is no saber rattling in Israel. China is quiet with its demands in Asia.  And, while Putin is a loose screw, there are no current threats from Russia. Is this a world moving toward peace? A sign that perhaps humanity is turning a corner?

Then we have Republicans who really seem to have it in for the sick, elderly, and the hungry. Businesses are raking in the cash, banks are whistling Dixie, all the while the middle class is shrinking and the poor are getting poorer.

Certainly these are interesting times; a period of transition. The environment is on a precipice, and yet we have the technology to alter its course. There is feast and famine; abundance and perceived scarcity; war and rumors of peace.

If there was ever a time to try to influence decisions, this would be it.
Posted by Philip F. Harris at 8:32 AM No comments: Links to this post

Posted by Philip F. Harris at 8:42 AM No comments: Links to this post 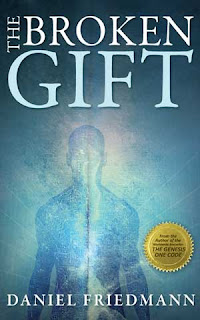 To become an engineer I studied engineering physics, which had a large physics and cosmology
component. I am also a student of the origin of the universe and life on earth both from the
scientiﬁc and biblical perspectives.

In my fourth year at university, some fundamental questions concerning our origins began to re-
appear. In discussion with my nephews I realized they were asking the same questions I had
asked at their age and like me, not getting satisfactory answers. I then discovered that almost
every person has at some point in their life pondered the same question. I knew I could get a
better understanding of our origins from our two largest sources of knowledge - Science and the
Bible.

I realized the creation debate acts as a stumbling block to belief. Concurrently I saw an approach
to the problem developed 800 years ago, that looked like it had promise – which pointed me to a
reconciliation of science and religion answers on our origins. This was exciting and fresh and I
was encouraged to write a book, The Broken Gift, sharing what I had found.

How long did it take to do the research? The research at one level took most of my life but most
intensely about 2 years. It took a year or so to write it all down and back up every statement with
a peer reviewed source or biblical source.

A Hall of Fame Top 50 Amazon Reviewer summarized it as follows “Friedmann is asking of us -
to stop the battle between those who say the Bible is completely factual and true and must be
taken on faith without engaging reason and those who debunk anything Biblical as fairytales for
the weak of mind as contradictory to new found and daily investigated scientiﬁc facts about
`How we began'. Friedmann marries the two concepts in an admirably thoughtful way and for all
his research and his personal commitment to bring some mutual agreement to both sides of this
debate he deserves at the very least a reading of his books. AND there is something for everyone,
no matter the side of belief, to learn from reading this book”

Daniel Friedmann is CEO of MDA Corp., specializing in robotics. He has a master's in
engineering physics and 30 years' experience in the space industry. He has published more than
20 peer-reviewed scientiﬁc papers on space industry topics. He is also a longtime student of
cosmology and religion. Daniel Friedmann has been mentioned in the National Post, Toronto
Star and Idea City. The Broken Gift is currently available onAmazon.com and other retailers.
Connect with Daniel Friedmann on Facebook and at http://danielfriedmannbooks.com/. The Broken Gift
Posted by Philip F. Harris at 11:13 AM No comments: Links to this post

Email ThisBlogThis!Share to TwitterShare to FacebookShare to Pinterest
Labels: ALL THINGS THAT MATTER, BIBLE, Daniel Friedman, SCIENCE, The Broken Gift

Is it okay for the rich to get richer?

I don't have any intrinsic problem with people getting wealthy. For many, this is part of the American dream. Come up with a better idea, a better mouse trap, or a new technology and bring in the millions. We can all do it with a little ambition and lots of work. At least, that's the theory.

But we now have a situation, a return to the 1900's, where the income gap is growing at an alarming rate. The accumulation of wealth is increasingly being concentrated at the expense of a once thriving middle-class. Of course the Catch-22 should be that the wealthy need a strong middle-class with enough disposable income to keep them wealthy. But, wherever you turn, folks seem to be tightening their belts, foregoing new purchases, putting off that new car, latest gadget, and even buying less food and sadly, medicine.

To me, this implies that there is no longer a symbiotic relationship between the haves and those that could have. For some reason, the wealthy have become parasitic, feeding off their host; destroying their host. There is a growing disdain for the average person. Benefits are being cut and even eliminated. No one seems to want to pay a descent living wage. Profits are sitting idle on banks and hard to find accounts and gathering dust, rather than stimulating. Sounds and looks a lot like the aristocracy of old; a return to feudal ideas of serfdom.

Cannot help but wonder if things will ever come to a head. It usually does. Guess we never thought it might happen here.

For a current article on this issue see:


The Totally Unfair And Bitterly Uneven 'Recovery,' In 12 Charts

Posted by Philip F. Harris at 9:30 AM No comments: Links to this post

Posted by Philip F. Harris at 7:42 AM No comments: Links to this post

Posted by Philip F. Harris at 8:13 AM No comments: Links to this post

Posted by Philip F. Harris at 7:56 AM No comments: Links to this post

Awakening the Harmony Within 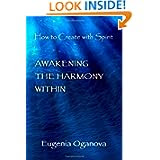 We are resonators. We broadcast our unique energy frequency, and it attracts to us whatever matches it. If we are abundant and joyous, we will attract more abundance and joy into our lives, and also the people who bring us abundance and joy. If we carry a lot of fear, we will attract something that will activate that fear in order for us to have an opportunity to clear it inside of ourselves. A person with a lot of fear will attract to themselves people who are the activators of that fear (they trigger a fear response in us through their actions), and also people who are similarly afraid (they amplify our fear, making it very obvious). But there is more!
We are the ones who have created our vibratory signature and we are the ones who broadcast it. This means we can also change what we are broadcasting by changing who we are. We create events by our broadcast, and we generate that broadcast through this sequence:
Belief - Thought - Emotion/Reaction - Broadcast.
If you do not like what your life is reflecting back to you, look inside for what are you broadcasting out into the world. Find the perpetrator belief, thought, emotion (judgments, fears, limited assumptions about life, etc.) and modify it until your life begins to match a more harmonious frequency. We are not victims of our circumstances – everything in our lives is there because we have attracted it to us. We are the masters (in training) of our personal reality.
If your thoughts, words, and actions are for the highest benefit of yourself and all beings, then your broadcast is harmonious. This automatically modifies the emotions you are experiencing and changes the circumstances you attract. It enhances the quality of your life. In other words, “take the higher road” no matter what, and your life will be of integrity and honor, attracting abundance and joy.
If we broadcast random signals (unconscious), we get messy life experiences. If we control our signals (mastery, consciousness), then we gain control with the circumstances of our lives and become aware of the lessons. Taken further, we then can learn from these lessons, so we do not broadcast the same unconscious signal over and over. Once we begin to transcend density as our consciousness range expands, we let go of survival strategies as a way of life – which the “control over life” way of thinking is based on – and instead move onto the spiritual blueprint – which “control with life” is based on. In short, “control over life” implies a fear based existence of survival, and the need to control life in order to be safe; while “control with life” is about being a member of spiritual community, permeated by the life force, and it is about the mastery of consciousness instead of the override of life in order to feel safe. The “control with life” way implies internal safety as its foundation. Mastery of our broadcast is only possible with internal safety. Being in control of our energy broadcast means we can create the life we want – filled with joy, meaning, abundance and fulfillment.

Article by Eugenia Oganova, based on “Personal Broadcast” chapter
of her book "Awakening the Harmony Within."

Awakening the Harmony Within: How to Create With Spirit by Eugenia Oganova delves much deeper and eliminates the fluff you find in so many books on these topics. For people who want to make a dramatic change in their lives and want the full details on how to make that happen – this is a must have book. For more information about Eugenia Oganova and her work – visit http://eugeniaoganova.com/ and to get your copy today - http://www.amazon.com/Awakening-Harmony-Within-Create-Spirit/dp/0979381711/

5.0 out of 5 stars An excellent book for advanced students of metaphysics August 27, 2013
By Jeff Maziarek, author of Spirituality Simplified
Format:Paperback
As a person who regularly reads titles related to metaphysics and spiritual growth, I usually know in fairly short order whether a book I've begun to read is going to resonate with me or not. It only took reading the first chapter of "Awakening the Harmony Within" for me to be deeply drawn into the balance of it. In the context of this work the author addresses many very complex metaphysical subjects that, in many instances, I'd never encountered previously. Even with twenty years of walking the path of spiritual growth, I am delighted to report that I was able to learn a lot from this book. Ms. Oganova is clearly an expert in her field, and based on my experience in reading this work I now also look forward to reading her first book, "Mission Alpha."
Posted by Philip F. Harris at 7:39 AM 2 comments: Links to this post