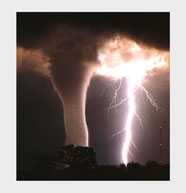 FROM THE ENVIRONMENTAL DEFENSE ACTION FUND
As Charles Dickens may have written of the summer that ended last week, "It was the worst of times. It was the worst of times."
There is brutal irony in the Senate's failure to take up a strong climate and energy bill during a summer when the world baked, melted, flooded, and burned.
Below is a summary of some of the most tragic and ominous climate impacts from this summer. We offer this list not to scare or depress you, but to:
Afterall, the polluters aren't giving up -- not for a second. Even now, they and their well-heeled lobbyists are working overtime to secure Senate votes to limit the EPA's authority to cut climate pollution.
We must stop them. Please take this opportunity to email your Senators and urge them to oppose efforts to limit the EPA's authority to address the climate crisis.
Even if you have already emailed your Senators, email them again. Make sure they understand that the polluters may have the money and the lobbyists, but we have the numbers and we will stay in this fight for our planet's future.
Thank you!
Here are some of the most tragic and ominous events from this year's "Summer from Hell." Please forward this to everyone you know and urge them to get involved in this fight.
Summer from Hell: Our New Normal on a Warming Planet?
Sources:
http://www.usatoday.com/weather/climate/2010-09-08-record-summer-heat-_N.htm
http://www.treehugger.com/files/2010/09/37-states-set-nighttime-high-temperature-records-this-summer.php
http://www.nrdc.org/globalWarming/hottestsummer/
http://www.sciencedaily.com/releases/2010/09/100919104002.htm
http://nsidc.org/arcticseaicenews/
http://ipsnews.net/news.asp?idnews=52896
http://psc.apl.washington.edu/ArcticSeaiceVolume/IceVolume.php
http://www.bloomberg.com/news/2010-08-10/russia-may-lose-15-000-lives-15-billion-of-economic-output-in-heat-wave.html
http://www.economist.com/node/16994407
http://en.rian.ru/russia/20100808/160116529.html
http://www.telegraph.co.uk/news/worldnews/asia/pakistan/7937269/Pakistan-floods-Climate-change-experts-say-global-warming-could-be-the-cause.html
http://www.hindustantimes.com/Map-of-Pakistan-s-flood-area/Article1-591497.aspx
http://www.eenews.net/public/climatewire/2010/08/18/1
http://www.msnbc.msn.com/id/21134540/vp/39278191#39278191
http://www.nytimes.com/2010/09/21/science/earth/21coral.html
http://news.mongabay.com/2010/0923-fidenci_coralbleach.html]
Posted by Philip F. Harris at 11:47 AM No comments: Links to this post

Time moves swiftly and many are wondering what 2012 will bring. From the Mayans to Nostradamus, there are many wondering if 12/21/12 will be our doom or our salvation. Some even say the events that are embedded in prophecy may occur in 2011-just around the corner.

Reality is of our choosing, that is the clear message from the ancients and even the much misunderstood Nostradamus. Our choices today determine our reality tomorrow. So what sign posts must we watch to see what may happen in the near future? What precipitating events will determine our tomorrows. As in the Twilight Zone, there are sign posts along the way on our journey that will tell where we are headed. Things to watch for include:
1-American politics. If the Tea Party scores major successes this November and the American political scene is one of turmoil, division and confusion, then 2012 will not be kind.
2-If vested money interests manage to kill, dilute and continue their rampage against the environment, expect Mother to act accordingly.
3-If Palestine and Israel fail to reach an accord, expect major violence in the Middle East that will affect all.
4-If the monied interests have their way and the economy continues to falter-the rich get even more rich and the middle class continues its decline, expect domestic violence.
5-If China and America and the EU cannot reach trade and monetary accords, expect more economic world calamity.
6-If preparations are not made to effectively help those that will face environmental adjustments-floods, droughts, water shortage, dwindling food supplies, etc, expect the effects to impact all, not just those who suffer directly.
7-Religious fundamentalism-If right wing interests continue to increase their control over worn out religious dogma, then the movement to create a more sustainable human environment will be in jeopardy.

These are events whose outcomes will create the tapestry of 2012. All of them can and do create an environment of fear that will result in the worst of scenarios. Make no mistake, the seeds we have sown will come to fruition. But whether the rotten fruit are short lived or predominate over our thought process is a choice all must make.

Are there ways around the worst case scenarios? Yes. Can you come through these times of change unscathed? Yes. Do the prophecies of the likes of the Hopi, I Ching, Mayas, and Nostradamus show an alternative way? Yes. More on those topics later, but not much later!


Posted by Philip F. Harris at 12:17 PM No comments: Links to this post

With Google alert I came across the following great review at: http://www.pennyworthbooks.com/a-maine-christmas-carol-modern-re-telling-of-the-tale/


Philip Harris’ A Maine Christmas Carol, a modern retelling of the Dickensian fable of Christmas’ past, present, and future in a middle class New England setting is a holiday treat for readers of all ages. The spirit of the original story is cleverly unraveled in a more up to date but equally grim narration of the experiences of a blighted contemporary Scrooge named Thomas as he “sees” Christmas with his spirit guides.

The classic unfolding of the life of a beleaguered and very ill-spirited young man faced with the consequences of his own self-serving actions is cleverly layered with messages aimed at the socially irresponsible of our own life and times. A Maine Christmas Carol is a powerful parable of the ills of progressive society left to exist unchecked and held unaccountable.

Through the eyes of the spirit guides, Thomas sees that while he is not responsible for the happiness of others, his actions do deeply impact all those who come in contact with him. From the local shop owners to his eight-year-old sister, his exploits leave a deep and lasting impression. Even more critical to note is the tsunami-like wave affect his acts, deeds, and lack of achievement has on those he will never meet. What he does not do with his life is just as significant as what he has done so far in his 16 years.

In Harris’ A Maine Christmas Carol, a new family tradition is born. The easy conversational writing style, the logical flow of the story, and the twist to the original story makes this book a new classic that will go on the shelves right next to Dickens’ original morality tale. Harris does a marvelous job of weaving Thomas’ profound experience of redemption with the underlying themes of social justice and poverty.

A Maine Christmas Carol is explicit in demonstrating the relationship of the privileged class in our country who has failed to address the social issues facing our society. Philip Harris has clearly and unequivocally produced a rich allegory that redefines the importance of Christmas to a new generation of readers.

WHERE ARE ALL THE PEOPLE?

The History Channel had a recent show about the extinction of the dinosaurs. In examining possible causes the most prominent theories revolved around climate change, volcanic eruptions, disease, and meteor impact. It was clear from the show that the reason for the extinction is still in question. One paleontologist suggested that by the time the Earth was struck by a meteor(s), most of the dinosaurs were already dead. Disease may have occurred, largely due to changing land masses that enabled microbes to travel to new places and destroy those lacking immunity. Yet, why would they all die out-including those who lived in the sea? Major volcanic eruptions in places like India and elsewhere may certainly have poisoned the air-and yet, mammals survived. Climate change? Certainly ice ages and/or warming would eliminate many, but not all. The meteor? Okay, possible, but evidence of massive piles of dead dinos may not support this.

Okay, so the bottom line is that we don't have a final answer. Further, we read that, "The K-T extinction was not the first such massive die-off in history, nor was it the largest. The Permian-Triassic extinction event, known as the Great Dying, occurred 251.4 million years ago and eradicated 96 percent of all marine species and 70 percent of all terrestrial vertebrates species on earth."

So, do meteors periodically kill off life on earth, or do cycles occur that totally alter the planet, as a kind of cleansing, that starts things anew?

So where do we stand today? A die off, mass extinction six, is occurring that is driven by humanity. And, being the cause, we seem to think that perhaps we are immune to the extinction mania that has plagued our dear Mother Earth. Hmm, plague? Perhaps Mother cleanses herself periodically. But that is another topic. However, let's take a quick look at the world and see if we are really in possible trouble.

Have there been many recent volcanic eruptions? Here's some interesting data:
Using the Smithsonian Volcano Research database and sampling every five years the following trend for eruptions is shown for the past 150 years.

Climate change? If your head is in the sand you may not have noticed but, yeah, there is major climate change that may not be conducive to continued human habitation.

Disease? Yup, despite vaccinations and advances in science, some oldies but baddies are re-emerging. And, while new land bridges may have allowed the spread of pathogens to the dinosaurs, our 'global' economy has created the same condition. Just look at all of the reports of invasive species and the spreading of new diseases.

What are we missing? Ahh, the meteor. Maybe yes and maybe no. Astronomers are discovering new ones all of the time and we have had so e near misses.

And, I almost forgot solar/stellar radiation from solar flares and quasars. We are near Solarmax and there are some close exploding stars.

2012 is drawing nigh and the hand we are playing in the cosmic poker game may be a definite loser. We can bluff ourselves into thinking that the game will go on forever, but...
Posted by Philip F. Harris at 11:55 AM 1 comment: Links to this post