WILL THE EYE IN THE SKY BE AN EYE ON YOU?

In our current reality, every strong thought creates an opposite thought. This is duality. If I write peace, your mind will also think of war; right will give rise to left, or wrong; good .... In an NPR report they said that over the next few years there could be some 10,000 drones in use over the U.S. The FAA is generating rules to allow for their use of air space and many police departments are attempting to bring them into use. After all, surveillance drones only cost a few hundred dollars.

There are some very positive uses for drones. They can scope out forest fires and help firefighters. How about searching for lost hikers, children, or even fugitives? They are certainly cheaper to use for land surveys or even storm damage assessment. But, we have all seen the futuristic movies or read the dystopian books where drones are used to spy on the people and to keep them in check. You know, Big Brother is watching.

My guess is that their use domestically is inevitable. The key will be the constraints placed on their use by local officials, the courts, and you. Given an opportunity, make your opinion know, as silence will only result in uses that will come back to haunt. Don't let the eye in the sky be an eye on you!
Posted by Philip F. Harris at 9:22 AM 1 comment:

Email ThisBlogThis!Share to TwitterShare to FacebookShare to Pinterest
Labels: DRONES

Billions for Bombs-Nothing for Food

'THERE'S BEEN A NUCLEAR TEST'

So North Korea has spent billions for a nuclear weapon while their people starve. Why, because they are afraid of the U.S. Like, what does North Korea have that we could possibly want? Nothing. The price dictators are willing to pay to stay in power never ceases to amaze.

Posted by Philip F. Harris at 7:57 AM No comments:

THE DEBRIS IS ON EVERY BEACH

in Alaska. The environmental disaster on the Alaskan coastline is probably one the least reported stories.
This from NPR: 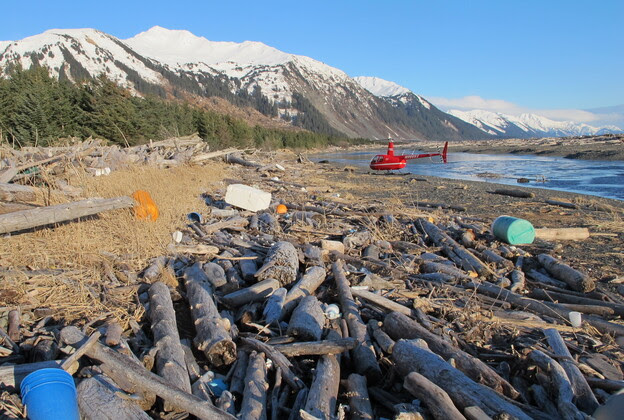 "Last summer, the state paid for an aerial survey to inspect 2,500 miles of Alaska's coastline. Elaine Busse Floyd, who's with the state's Department of Environmental Conservation, says there was tsunami debris on every beach photographed.
"They took over 8,000 pictures, and it was more widespread and in greater quantities than we even expected," Floyd says."
"In a lot of ways, it's a lot worse than the oil spill," Pallister says, "both in the geographic scope of it and the chemicals that are coming with it. And who knows what the impacts are going to be?" 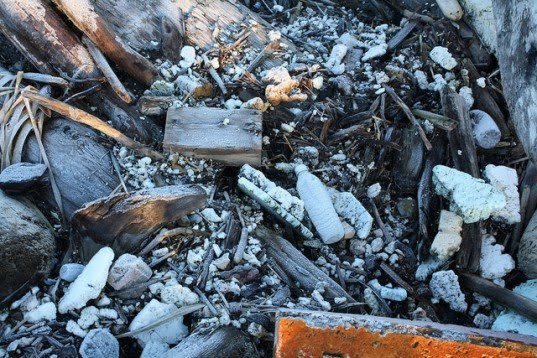 Last May, we reported that on 40 tons of debris from the 2011 Tsunami that devastated coastal regions of Japan had washed up on Montague Island in Alaska’s Prince William Sound. Since then, trash has continued to land on Alaska’s beaches, and cleanup efforts have been sluggish at best. The trash could have a serious long-term effects on the environment, but the federal government has been slow to act, and little money has been devoted to cleaning up the beaches so far.


Read more: Debris from 2011 Japanese Tsunami Continues to Threaten Alaskan Environment | Inhabitat - Sustainable Design Innovation, Eco Architecture, Green Building
Once again, we must ask, why are stories like this not making the news? Is it because it might hurt the tourist industry? Is all about dollars and not about protecting the environment? How many more disasters are not being reported or greatly under reported?
Many groups, organizations and individuals are trying to inform us all about these kinds of stories. Of course, mainstream media paints these people as fringe idiots. Occasionally someone like NPR catches on. It is clear that if you want to know what is happening, what really matters to the planet, you'll need to look elsewhere for the truth. The planet is in trouble and only knowing what is going on will give us a chance to help save it---from us!

Posted by Philip F. Harris at 8:39 AM No comments:

THEY SPEAK WITH FORKED TONGUE

If you're old enough, you'll remember this phrase. Basically, it's the same as speaking from both sides of the mouth in order to spin lies. Take any major headline and from day to day, the contradictions are amazing.

To a degree, the economic powers understand that perception is everything. Make people think all is well and the consumer will spend and make them more money. But, I can't help but wonder if people may be catching on to this game. Despite the best efforts of the rich, consumer confidence is down. Stories of the effects of austerity measures in Europe, and their devastating consequences, can no longer be sweetened up in the age of the internet.

The same is true with a host of issues, including climate change. For the longest time, the fight was over data which the average person couldn't verify or refute. But now, we all have seen the consequences of climate change. From droughts to rampaging storms; extreme heat to extreme cold, we have all experienced the fact that things are not in balance with Mother Nature. The 'spin doctors' can't hide the  lack of breathable air in China, the devastation of Sandy, or millions of dead fish on the beaches.

It is said that knowledge is power. Not true. It is the use of knowledge that brings power.
Posted by Philip F. Harris at 8:48 AM No comments: