HOW CAN THIS BE? 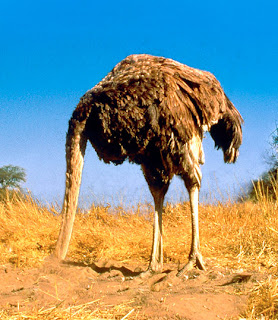 How is it possible that climate change did not become a major topic in the presidential debate?

With droughts and floods threatening the world's food supply; the death of the oceans from acidification; the; the 6th great extinction in progress due largely to human destruction of the environment; hundreds of birds falling from the skies and fish washing up on our shores; lakes turning toxic and into death chambers for fish and animals; diseases resulting from air pollution that add to temperature rise; the shifting of the Jet Stream and Pacific Westerlies; the polar meltdown; just to name a few, how can this not be the topic of the day?

Over the next few years, if we last that long, climate change will be the defining topic regarding national security. It will require massive investments to aid climate refugees; massive expenditures to save or even relocate major cities; could result in wars over things like water and agricultural lands; will and has required massive public resources to help those who have suffered from droughts, floods, and sever weather.

THIS IS A MAJOR POLITICAL FAIL.

Our politicians have failed to help save humanity from the current extinction trends. We are out of time and will reap what we have sown. The best we can hope for, as recommended in several major studies, is to plan for coping with effects. But, if our leaders won't talk about the issue, perhaps they have thrown the sheep to the wolves. Why are they silent? Do they know something that we don't? Are they afraid of mass panic?
Posted by Philip F. Harris at 9:01 AM No comments: Links to this post

Hopefully, all eligible voters will soon be heading to the polls to choose a U.S. president and to vote for those seeking congressional seats. Here's my take. When Obama was elected there was a sense of almost Camelot euphoria. Big changes were supposed to come in every aspect of society. Many of these changes never really materialized. In fact, numerous key issues regarding the environment and climate change didn't even get discussed. Perhaps this is what Obama meant when he said that you can't change the system from within. In other words, there are too many interests with too much power to create any real change once you get in the system. This is a form of forced co-option. No matter who sits in the oval office, they do not have the power most think they have. Money still reigns supreme in American politics. The inner system eats you up and uses you for their purposes, allowing only scant free reign to accomplish your own agenda. No matter the president, these forces are ever present.

Granted, the President faced an antagonistic House. At every turn, efforts at change were blocked or amended  in such a way as to render reform meaningless. If there is ever to be true change, it must come not from with the political system, but from without. In other words, the people must require that change occur. They must use their votes, their consumer dollars and information to expose the dangers and peacefully force a change. In other words, we are responsible for what our government does or doesn't do. If the President used the office to expose the way the system really works to rally the people, things might be different. Although, that path can be dangerous-shades of JFK.

However, while power, until we wake up, will remain in the hands of monied interests regardless of who is elected, there is still a choice. That choice rests in the fundamental philosophies of the candidates.  These choices include:

Something to consider is that most issues are now global. Climate change, economies, terrorists, environmental collapse, etc. will not be solved by either Obama or Romney. So many tipping points have been reached and we, the planet, is in big trouble. We will soon be looking at much "gnashing of teeth." When it all begins to crash, I guess I just trust Obama to help put it together than I ever would Romney who would probably try to restore the monarchy.
Posted by Philip F. Harris at 12:17 PM No comments: Links to this post

A POST ON CLIMATE CHANGE YOU NEED TO READ 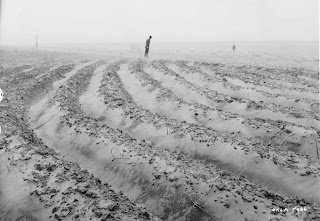 "In this post, I will summarize what the recent scientific literature says are the key impacts we face in the coming decades if we stay anywhere near our current emissions path. These include:
A fact filled report that should make you scared and spur you to action. This is not a drill!
Posted by Philip F. Harris at 9:50 AM No comments: Links to this post 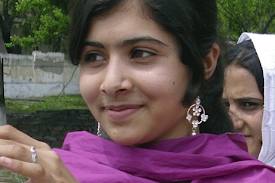 I'm sure most have read or heard of this story:


PESHAWAR, Pakistan (Reuters) - Pakistani surgeons removed a bullet on Wednesday from a 14-year-old girl shot by the Taliban for speaking out against the militants and promoting education for girls, doctors said.
Malala Yousufzai was in critical condition after gunmen shot her in the head and neck on Tuesday as she left school. Two other girls were also wounded.

The Taliban, called Islamist militants, claim the shooting. One must ask: "Can there be such a thing as an Islamist militant? A Christian soldier? A Buddhist warrior? If you are a true follower of your prophets, this can not be. Pure and simple, such people are thugs, bullies and murderers hiding under the guise or religion to perpetuate their killing ways.

Prayers of healing to Malala!


Posted by Philip F. Harris at 7:37 AM No comments: Links to this post