Posted by Philip F. Harris at 8:52 AM No comments: Links to this post

Why the Only Issue That Matters is Impeachment 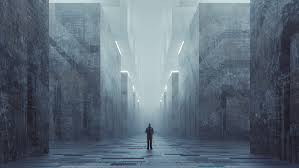 I listened to an NPR report in which numerous people interviewed stated that they were more concerned with issues like health care, education, wages, jobs, etc. than the impeachment of Donald Trump. This made me laugh and then sigh. Why don't those who aren't concerned with impeachment get the fact that all else revolves around the crimes, misdimeanors, negligence, and destructive actions of Trump?

The current administration has been on a quest, a Sherman's march, to gut public education, environmental protection, affordable health care, national public land treasures, voting rights, LGBQT rights, the rights of the disabled, worker rights, women's rights, programs to feed those in need,  the rights of asylum seekers, programs to support small scale farming, safe drinking water water protections, our relationsip with allies, treaties that prevent nuclear proliferation, the constitutional separation of powers and the right of oversight, to name a few. Nothing positive has been enacted, unless you consider billions of dollars in tax breaks for the rich to be positive. And, his plans for a second term, if, God forbid he actually gets that far, are too scary to even contemplate.

When someone says Congress should not waste time on impeachment it syas to me, We should not waste time protecting American democracy and the health and welfare of its our citizens. Instead, we should sit idly back while Trump inplements his distopian agenda for the rich and powerful while the masses just do what they're told and get whatever the rich decide they should get.

This is why impeachment is the only issue that matters.
Posted by Philip F. Harris at 8:23 AM No comments: Links to this post