WHO BENEFITS FROM GLOBAL DISASTERS? 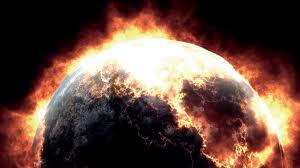 While cleaning out the horse stalls thin morning I began to ponder some of the more recent news about the planet. The surge in volcanic activity, the increase in earthquakes, arctic/glacial melting, sea rise and acidification, dead birds, fish and sea mammals, the rise in resistant bacteria, strange Earth noises, solar flares, etc, and I asked myself, "Why is no one paying attention? Why are there not more headlines about these things?"

And then it hit me, it's because there are certain interests in the world that are or will actually benefit from these disasters. These same interests control the vast majority of the world's wealth. And, these interests may actually be either covertly, or inadvertently by design, creating these events. Yeah, I know, conspiracy, nut case, whack job, blah, blah. But, let's talk oil for a second. Many scientists claim that we have passed peak oil production, i.e., what we demand exceeds what's left. Then you look at all of the big oil companies and nations scrambling to get rights to drill in the arctic as it melts as we speak. Clearly, billions of $$$ are at stake in this race to control one frozen oceans and lands. Who benefits?

Look at the effects of droughts and floods on food production. Well, does this not open the door to promote more genetically modified crops; the use of even more fertilizers, and even pesticides? Who benefits? How about an increase in disease from warming climates. So now we need more and newer drugs. Who benefits? Loss of land to sea rise means re-building and higher land values. Who benefits? Rising deaths in third world nations? Perhaps a way for nations to cull out of control population growth?

You have to ask why the world is doing so little in the face of insurmountable evidence that the planet is in rough shape? You have to ask why people aren't up in arms over the raping of the environment and the fact that is falling apart. Who benefits? Why would they care if millions die, there's plenty more. Why would they care if the polar caps melt and the planet gets hotter? It's not like they will suffer. Why, at every turn, do these vested money interests fight tooth and nail every attempt to stop the pollution, the madness, the insane destruction of our only home?

We have seen that vested interests like to bet. They bet on the housing collapse, weather you can re-finance your home, on national stability, on economic failure--perhaps they are betting on how far they can go to disrupt life on Earth, how many people will die, how high the temperature or sea levels will rise.... Or, is it possible that humanity is just too stupid/ignorant to give a damn? Do they believe that someone will just solve all the problems and that it will all just work out? 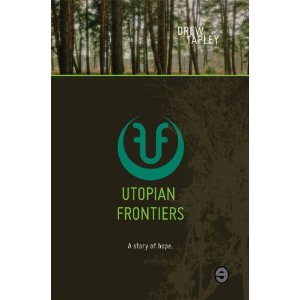 Out of the Classroom Lessons in Success

What do you want in

If you have children, you'll really want to read this book-it matters!

Are you headed in the right direction? 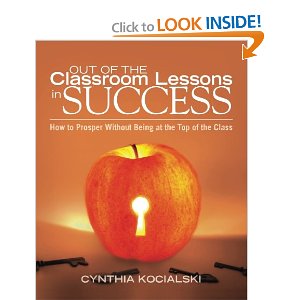 In our grade-focused school years, the rules of success seemed as simple as making all As. However, in the working world, success is far more complex. Now, a self-professed over-achiever shares how her professional triumphs wildly strayed from her honor roll tactics in an eye-opening, easy-to-read compilation of truisms from the trenches of real life. Out of the Classroom Lessons in Success: How to Prosper Without Being at the Top of the Class offers hard-won wisdom on achieving professional glory that will serve as an invaluable resource to anyone who is contemplating a career, or for parents who want to help their children lay the groundwork for success in the workplace. Weaving in illustrations and short poetry, this ingenious book delivers concepts that are easy to understand.
In today’s global, hypercompetitive marketplace, the rules for success have changed dramatically. Inspired by the experience of her own daughters in school and her work with entrepreneurs in start-ups, Cynthia realized that many young adults graduate completely unaware of a new playing field that no one has bothered to tell them about—and that is not always predicated by superior grades or talents. In eighteen concise and revelatory chapters, the author draws from her own professional achievements and challenges to debunk common myths that can lead astray aspiring professionals in their early years of forging a career. From the overemphasis of “practice makes perfect” to the often parroted insistence that winning doesn’t matter, Cynthia provides straight facts, anecdotes, and examples that will enable young adults, as well as their parents, to have the information they need to launch a career on solid footing.
Among the concepts that are included in Out of the Classroom Lessons in Success, readers will learn that
On page after page of this insightful roadmap to success, Out of the Classroom Lessons in Success: How to Prosper Without Being at the Top of The Class serves up a host of “aha!” moments that will forever change the way young hopefuls view the world ahead of them. Is it really true that good things come to those who wait? Is fitting in a fruitful goal? Is it enough to know what you want to become, or would it be more effective to actually set a plan in motion to achieve it? Inspiring and uplifting, this simply brilliant take on creating a career will help anyone realize their goals, avoid common pitfalls, and lay the groundwork through the secondary talents, skills, and mindset necessary for optimal success.

“If you’re inspired to make a great living by doing what you love – then this is the book for you. It packed with insights about discovering your passion, nurturing your talents, developing valuable life skills, achieving your goals and most importantly actually living your dreams. Cynthia Kocialski shares her many years experience in the corporate world as well as her own personal achievements to reveal the ‘keys’ to life success. You don’t have to be a grade A student  - but you do have to read and apply the ideas in this book – if you want to create a life you love!”
– Dr Rosina McAlpine, Director Inspired Children www.inspiredchildren.com

Email ThisBlogThis!Share to TwitterShare to FacebookShare to Pinterest
Labels: cynthia kocialski, OUT OF THE CLASSROOM:LESSONS IN SUCCESS, STUDENTS

Truly,in the past, we have pulled together to solve pressing problems and to deal with pressing issues. The ad during the Super Bowl indicates that America can do what it sets out to do when we work together. Yes, America is at 1/2 time, trying to figure out what went wrong and how we can fix it. How can we change our game strategy and pull out a win, not just for jobs, but for the environment, our schools, our health care system, our safety net, the poor, homeless and perhaps even the world?

Can we change our game plan? We have to!

Chrysler - Clint Eastwood - Super Bowl Commercial
Posted by Philip F. Harris at 11:50 AM No comments: Links to this post

So if you look at the previous post on earthquakes and then look at the above-do you see a possible cause for concern?

Posted by Philip F. Harris at 7:45 AM No comments: Links to this post