A nation too close to call. 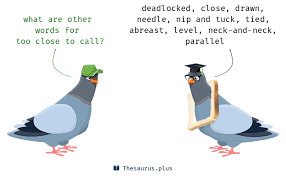 When I was hearing about record voter turnouts, I was very excited. The idea of a resounding rebuke of hate and fear filled rhetoric seemed a certainty. But this didn't happen. Yes, the House flipped and there where some exciting election results. A first-ever female and Democrat governor in Maine generated a broad smile. Wins by Cortez in NY, Pressley in MA, Tlaib and llhan, and more, were very heartwarming. It shows progress is being made.

However, there really was no "blue wave." What we saw was a wave of murky waters. We learned that the rhetoric did not only excite the right wing white supremacists, but it also awoke a sleeping cord in many right learning voters. There are a variety of reasons for the GOP Senate victory, but amomg them must be listed a reaction against an inclusive society.

We are a nation too close to call. We are not a nation in the middle, but we're neither left nor right. We are a nation divided. Will healing occur over the next few years? I'm not optimistic. There may well be so much gridlock and so many investigations that galvanization will increase.

If ever there was a time to build bridges, it's now.
Posted by Philip F. Harris at 7:42 AM No comments: Links to this post


Don't vote if you support hatred, lies, deceit, racism, xenophobia, Russia, bullying, the end of democracy, Wall Street, more tax cuts for the rich, mysogyny, ally bashing, destruction of the environment, dumbing our children, no health care, fear.
Posted by Philip F. Harris at 8:10 AM No comments: Links to this post

If you are a POC, LGBTQ, a white person with any degree of compassion, a woman, a young adult, a senior, and anyone who cares about our planet, education, health care, democracy, civil rights, freedom, constitutional rights, and peace, then you really need to vote

Posted by Philip F. Harris at 9:32 AM No comments: Links to this post

Soul of the Nation

On November 6th, you'll have the chance to vore for the soul of the nation. Will you vote darkness?
Or, will you vote Light?


If you don't vote, you have chosen darkness.

Posted by Philip F. Harris at 7:43 AM No comments: Links to this post