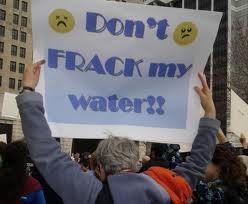 Everyone is probably now aware that President Obama has denied a permiy for Keystone ZL pipeline. The reason may not have been out of concern for the environment and, for that moment, that isn't important. The point is, it has been stopped, at least for now.

Oil lobbyists and their GOP cronies have cried foul, even though this whole thing was a set up to embarrass Obama, and claim that the President has denied the U.S. 'shovel ready' jobs and energy independence. But let me ask this: "Would you accept a shovel ready job if it meant destroying the environment and possibly killing your grandchildren?  Would you accept work if it meant the destruction of the planet?"

People, we need to get off the petro. These types of projects are but quick fixes as far as energy is concerned and keeps us headed down the path of environmental collapse.  We need to stop bleeding the planet dry in the name of profit and jobs, especially since that is not our only option. Every time we drill a new well, poison the land with fracking operations, there is this false sense that we are solving our energy needs. This is just not true. We must stop drilling and fracking and put resources into clean, renewable energy. This would create an untold number of changes as we convert to a whole new system of power and energy.