AS VEGAS — President Barack Obama is announcing the sale of oil and gas drilling leases for nearly 38 million acres in the Gulf Coast and promoting the completion of a highway corridor for vehicles that run on liquefied natural gas, a response to critics who say his policies have stifled domestic energy production.-HP 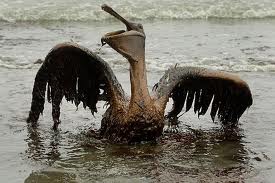 So sure, let's just mess it up even more so oil companies can make more money. This is not about energy independence! We are exporting oil!!!

My God we are killing the planet. We have the technology to get off oil.  To encourage more drilling is just feeding the false notion that we don't have problems. This is insanity.