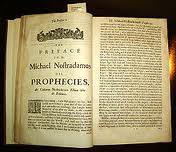 I am often asked, “Will 2012 happen?” Barring a hit by an asteroid or the arrival of Niburu, earth’s nemesis, December 21, 2012 will arrive. The world will not end. That’s the good news. So here is the rundown on the 2012 WAKING GOD PROPHECIES.

ECONOMY - No good news here. The EU debt crisis will create world-wide economic turmoil. The European Central Bank wants to be able to approve member nation budgets. Can you imagine, bankers having to approve a budget passed by Congress-Oh wait…. Even if this passes, (update: the EU has approved a version of this plan) the first time a member nation budget is not approved, all hell will break loose. Or, if this does not happen, investors are saying that nations that do not agree to this will not have their support. Chaos will ensure either way. As far as the American economy goes, it is already being negatively impacted by the EU debacle. Add the China economic constriction to the mix and the news is bleak. The out-of-control consumer spending is at an end. Watch for big drops in retail sales. Consumers will once again look to credit cards but we all know where that will end up. A Global economy brings Global economic problems. In a sense, we are experiencing the “Global Company Store.” But, as the top heavy economy crumbles, look for more localized, small is beautiful systems emerging. Continued depletion of resources will lead to scarcities. Continued environmental catastrophes will be a major factor in 2012. This is a positive event as the earth can no longer sustain the current level of rape and pillage. Advice? Keep basic necessities on hand. Have as many energy back-ups as possible-ways to cook, heat, light and eat. Rice and beans will get you through. Many more jobs will be lost, be prepared for the worst because the choices our leaders have made, or haven’t made, spells disaster!

CLIMATE – Totally no good news here either. Just look at all of the severe weather records that have been broken and the total inaction on the part of world leaders to ameliorate human impact on climate. Environmental disasters will continue to decimate insurance funds, destroy personal lives, and add to economic collapse. We are in the midst too many eco-system collapses and, much to the dismay of many, we are a part, not above nature. Climate tipping points have been reached and there is nothing we can do to avoid reaping what we have sown. However, forewarned is fore armed. Plan for the changes that are coming. Move away from any area that is prone to violent weather, quakes, water shortage, or sea rise. Get away from places that allow fracking, your water is poisonous and watch for damaging quakes in the west and mid-west. What we keep hearing is that scientist are constantly underestimating the effects of this or that factor; e.g. release of methane from Tundra, very fast glacial melts, sea current shift …. People think that climate change is always slow. This is not true and rapid changes have occurred in climate history. We are at one of those points now. Advice? I am not suggesting becoming a survivalist and hiding out in the mountains, although … I am suggesting that you have a Plan B where you can fend for yourself and family for at least 6 months. By those non-hybrid seeds this spring, assuming the climate will let you grow them. The wild card, solar flares! We have had several near misses. If we are hit head on, goodbye internet, power and ….

POLITICS – Can you say chaos? The left and right are sharply divided and nothing seems capable of bridging the gap. Not just in the U.S., you will see this division globally. People versus greed, those are the choices. I think we will see the brother against brother scenario and much social unrest. Don’t be surprised to see troops, illegally, deployed stateside. Fun times will not be had this summer, at the latest. Climate disasters and economic gridlock will create amazing tensions between haves and have nots. Cities will not be pleasant places to be. As for the Middle East, lots of danger lurks. It is quite possible that Israel will bomb Iran’s nuclear centers. The recent explosion at one of Iran’s missile sites could have been a test run. And, the downing and capture of an American drone by use of electronic jamming could put the U.S. in a supporting role. The Saudis would have no problem with this and with most of the Middle East in disarray, few are left to protest. Advice? Duck and cover! No, I don’t see a major nuclear exchange. But should this happen, relations with China would sink to an all time low. Remember, they hold trillions in U.S. debt and could make life even more economically miserable. Further, with public protests in Russia against Putin, he could use new tensions to demand more authority and become a true dictator, flouting the U.S./Israel as the scapegoats and lead the world to a new cold/semi-hot war. The other option is that Putin will be ousted but with Russians used to central authorities; it is possible another could rise from his ashes promising reform while instituting greater control, Stalin style. All in all, global politics will create further economic turmoil and the oceans will rise while politicians debate how to give banks more money. The whole in the dike is too big for a thumb. So keep an eye on events and plan accordingly.

So what’s the plan? SAVE YOURSELF! We create our reality and the reality that is coming this way is the fruit of our collective labors. However, we have all been advised to ‘be in, but not of’ this world. Meaning, yes, we live here, but don’t have to be caught up in the madness. This is the double edged sword. It is important to know what is going on, but even more important not to let events pull you into the whirlpool. A higher frequency is not affected by a lower one. The more you visualize your life as being filled with love and abundance, the greater your chances of avoiding the worst. This is the Time of Choosing discussed in the Waking God books. Not a religious choice, but a spiritual choice to consciously create a new reality for ‘your’ world. Sorry, as the character Mantrella says, “It’s not about saving humanity….” You can’t and all of the great master teachers tell you this. Actually, there really is no saving involved. Learn, experience, grow in wisdom and rise above the trials and tribulations and create a new earth. Evolve and let the dormant genes within you express themselves. We call these genes ‘god seeds.’ Again, not in any sense of worn out religious dogma, but rather, in the sense that we do and can create our reality and now is the time to do so consciously. Science is now telling us that the mystics are right. We live in an illusion of our own devices. So, is a way, by “Knowing thyself, you save yourself.”

Many prophets have pointed to this time as one of extreme danger or one of extreme evolution and enlightenment. The likes of Nostradamus, DaVinci, the Hopi, Mayans and others always painted two pictures; disaster or revelation. They told us that the bridge ahead has been washed out and that we need to detour. Many do not believe that the bridge is damaged and are unwilling to put on the breaks and veer to the less traveled road. Many cultures also talk about the ‘return of the gods.’ Is it not possible that the gods they refer to are us?
Posted by Philip F. Harris at 7:46 AM