WHY DON'T WE BELIEVE YOU? 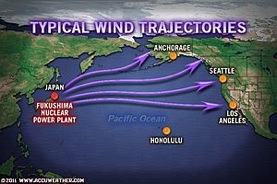 Why do we not trust governments? Could it be because they lie?
When 3Mile Island happened, we were lied to in the early days. The same for Chernobyl. The Japanese government has lied to its people about the extent of their crisis.

Why do they do this? Does economics olay a role? There are reports that governments in Alabama have demanded that oil spill clean up workers NOT wear any protective gear becase it may scare tourists. We are being told that there is no danger to Hawaii because the mainland accounts for 2/3 of the tourist revenue. We are frequently told that "the economy is rcovering" when everyone damn well knows that is total bs.

What governments needs to understand is that sudden revelations of danger or collapse or problems create more panic than letting people know what the hell is going on.

This whole idea about transparency has been a bunch of crap as politiciansnew and old, feel they must hide what they are doing from the public. Maybe they all need a burn notice.
Posted by Philip F. Harris at 10:23 AM