What Does the Bible Say About Extinct Hominins? 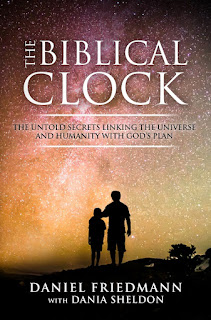 What Does the Bible Say About Extinct Hominins?

You’ve probably heard of Lucy, a diminutive hominin that looked a little bit like us. The collection of fossilized bones constituting the Lucy specimen has been dated to about 3.2 million years ago. It presents a small skull similar to that of non-hominin apes, plus evidence of a walking gait that was bipedal and upright, akin to that of humans’. Scientists have actually found about 15 to 20 types of primates that existed in the past and looked a bit more like us than apes do. These are called hominins.

Scientists struggle to define “human.” Essentially, the view is that we have all these bones and other remains of extinct earlier creatures that resembled us physically, and we have all the apes today, and it looks like at some point in the past, there was an ancestor common to chimpanzees and humans that branched into two types of creature. After that, different looking creatures evolved, becoming closer and closer to us—spending more time standing upright, having bigger and more complex brains, and so on. Scientists place all of those creatures in the “human” lineage (meaning they were more like humans than like apes) and describe this as human evolution.


Where in the Bible are all these creatures?
The Bible contains a crystal-clear definition of “human.” Our body, it says, is very similar to the body of animals and was originally made in a similar way. What makes us uniquely human is the soul that God breathed into Adam’s nostrils. This part of God, our soul, comes with very specific human behaviors defined in the Torah, including speech.

Science does not deal with souls, but scientists who study human behavior have identified particular behaviors they believe no other species exhibits now or has exhibited in the past. These turn out to be the same behaviors that the Bible—thousands of years earlier than modern science—connected with the divine soul that makes us human.

So if we defined humans by the behaviors unique to our species, science and the Bible would agree. But science does not define humans by behavior; it looks at all the fossils we have discovered, and if they possess similarities to modern humans (as Lucy does, for example), they are in the human lineage. The Bible would disagree with the scientific definition of “human,” saying that Lucy and the 15 to 20 other somewhat human-looking creatures we know to have existed didn’t exhibit our unique human behaviors, so they did not have divine souls like we do and therefore were not human.
Now, you may ask, “If they were animals, why aren’t they mentioned in Genesis?” The Bible is a manual for life, not a biology book. The first chapter of Genesis talks about beasts and cattle and creeping beings; it doesn’t describe elephants, tigers, and the millions of other specific kinds of animals, so why should we hear about Lucy and other hominins?

In short, the Bible definition of a human is straightforward: a creature with a divine soul. All the other creatures in the past that looked a bit like us but didn’t behave like us were simply animals. 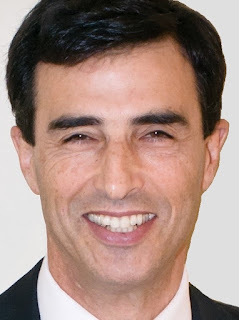 Daniel Friedmann is presently Chairman of the Board of Carbon Engineering. A company dedicated to removing CO2 from the air to reduce climate change. He has a master's in engineering physics and 30 years' experience in the space industry. He is also a longtime student of cosmology and religion. to learn more about Daniel Friedmann, his work and his book The Biblical Clock visit www.danielfriedmannbooks.ca and  Amazon.