Under the cover of disaster, DJT 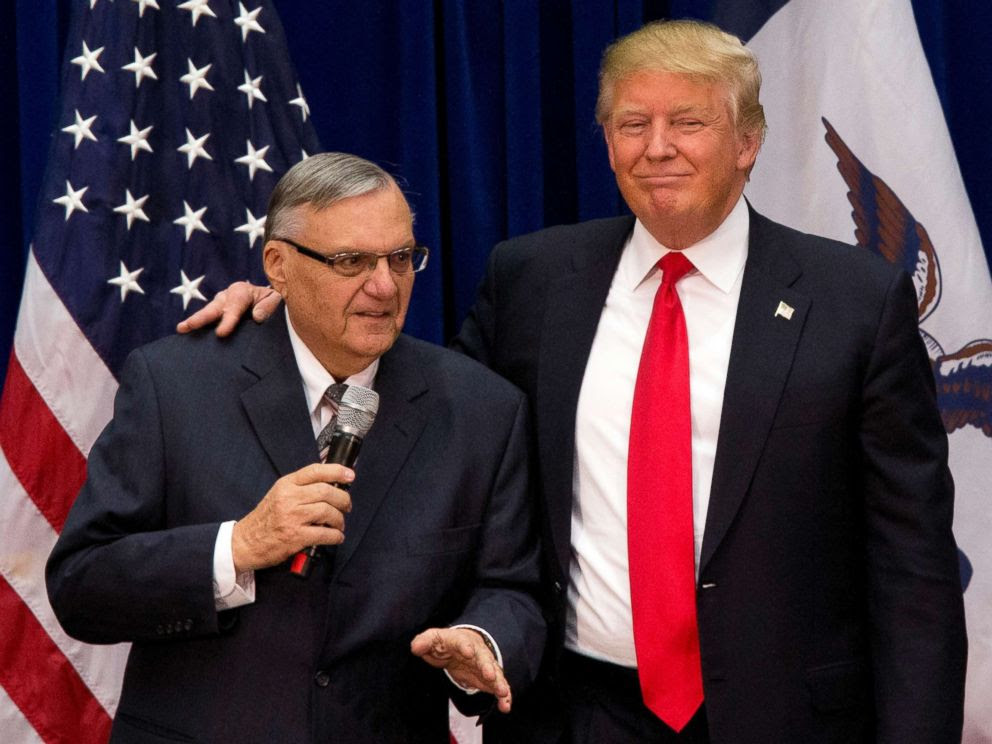 Under the cover of disaster unfolding in Texas, DJT pardonned Joe Arpaio.
This action clearly demonstrates that the President has no respect for our constitution and the rule of law, the very foundation of our democracy.
What Arpaio did was to ignore and violate a  Federal Court order. For DJT to excuse a blatant violation of the power of the court is a slap in the face of our system of government. Law enforcement officers are meant to do just that, enforce the law. When a judge issues a ruling, it is the responsibilty of officers to enforce, not ignore the ruling. The presidential pardon basically says that it's okay to ignore our judicial system and by inference, the very structure of checks and balances and separation of powers.
Is this a trial run by DJT to see what he can get away with? Is this a foreshadow of future pardons for those implicated in the Russian probe, including himself?
The actions of DJT are deplorable and inexcusable. If the members of congress do not act to curb such reckless actions, our entire system of government will be subject to collapse, spiralling into chaos and decay.
If actions are not taken immediately, there may be no time left for action for the system will have fallen. We cannot accept racism, bigotry, and abuse of our legal system as SOP.
Inaction is not an option.
Posted by Philip F. Harris at 7:57 AM