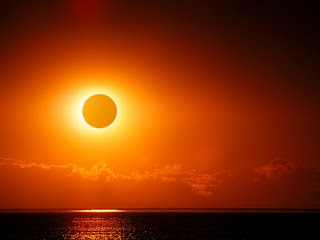 "Before I draw nearer to that stone to which you point," said Scrooge, "answer me one question. Are these the shadows of the things that Will be, or are they shadows of things that May be, only?"
Still the Ghost pointed downward to the grave by which it stood.
"Men's courses will foreshadow certain ends, to which, if persevered in, they must lead," said Scrooge. "But if the courses be departed from, the ends will change. Say it is thus with what you show me."
Most everyone is familiar with the Dickens’s classic, “A Christmas Carol.” The above is a quote from the fourth Stave where Scrooge stands before his own grave. Like many great social novelists, there are many layers of meaning in their immortal words, if one would but take the time to listen. Often, humanity is offered portents of its future, but all too often, we fail to head the words and warnings. With barely only two years left to 2012, let’s look at the ‘stone’ to which the ‘Ghost” points.

We are all familiar with the prophecies of Nostradamus, the Mayan Calendar, the End Times scenario, the sage words of the Hopi, the I Ching, and warnings by other great seers and cultures regarding December 21st, 2012. Critics claim that this is all hype and that such prophecies are but myths that sell books, but which have no efficacy. They point to the many doomsday predictions prior to the dawn of each millennia and the fact that each such event, was a non-event. So, is the 2012 phenomena just hype? Is there anything different now that would warrant closer inspection?

Let’s create a little 2012 Report Card and see. The focus here is not on numbers and statistics. Those can be found on thousands internet sites. Let’s just create an overview and determine if there is anything to worry about. Since the economy has been captivating the news for the past year, it would be a good starting point. There is little doubt the world economy is in recession. Even after spending trillions of dollars, governments have been unable to totally stabilize downward economic trends. Yes, Wall Street has had a few rebounds, but Wall Street is not the entire economy. There are still more layoffs, foreclosures, and consumer spending and confidence is down. This is not just in the U.S., but globally. Of importance is the fact that the apparent goal of government efforts is to try to return the economy to the old model of business. Companies produce, you spend, you throw away, and buy again. This is no longer a sustainable economic model. While there has been a lot of talk regarding ‘green products’ and there are fringe economists promoting more sustainable economic theories, the impact of this movement is, so far, negligible. On a “pass/fail” basis, I give us a fail with respect to the economy.

Sustainable energy is another subject for consideration. There has been lots of chatter regarding alternative energy and environmentally friendly energy sources. Wind farms have been built, appliances are a bit more efficient, and there is serious research into expanding solar, tidal, geothermal, hydrogen, biofuel and other possible energy sources. However, there can be little doubt that we are still an oil based society. Much research on these alternatives began during the Arab oil embargo in the early seventies. It stopped when oil prices receded. It seems that just as alternatives become more economically viable, oil prices drop just enough to slow progress and investment. As a percentage of total energy output, alternatives are a very small factor. Actions and efforts here must be given a ‘fail’ grade, largely due to the fact that time is not on our side.

Climate change is the next, and perhaps most overriding of concerns; all else hinges upon this one danger. It matters not in this discourse who is responsible for climate change. It is happening now; it is out of control and it is happening at an accelerated rate. Temperatures are changing, waters are rising, glaciers are melting, storms are more severe, there are growing droughts and floods and lives are being lost and dramatically altered now. We receive a ‘failing’ grade in this category for several fundamental reasons. World leaders are continuing to fail at addressing this issue. Summit after summit fails to produce and results. There is still a blind perception that we have until 2020 or 2050 to deal with the issues. We do not. Governments are hiding and suppressing climate change data. Corporations are spending billions claiming that climate change is a hoax. Governments have failed to connect the dots from climate to the economy. Governments have failed to, at least publicly, to create plans to deal with the growing concerns over environmental refugees. While there is concern over the security threats that climate change creates, little is being done to figure out where hundreds of millions will go as seas rise, drinking water sources dry up, and food production declines. Perhaps the lack of response is the response.

If we examine the issues of war, politics and peace, we once again receive a ‘failing’ grade. There are hundreds of wars in progress, terrorism is alive and well, genocide have been ignored, the Middle East, Iran, Iraq, N. Korea and many African nations are a mess and their appears to be little progress in establishing peace among nations. Government corruption is forever in the news and nations just do not appear to be able to work in concert on any major global issue. Nationalism is on the rise and clashes of cultures flare as people have increased their mobility. There is a rise in fringe and extremist groups and gaps between rich and poor continue to widen.

Religion and science is an interesting topic in this grading system. On the one hand, religions are in turmoil and there is growing strife within and between organized religions. On the other hand, there is a continued growth in spirituality that embraces humanity’s unity and oneness. With respect to science, it is still at odds with most religions but, the gap is closing with respect to spirituality. By science, I do not mean new gadgets or technologies, but rather the progress in quantum physics regarding the nature of the universe. The gap between the scientist and the mystic is narrowing and a more unified theory of being is at hand. Unfortunately, since religions are still powerful and play a lead role in the politics of many nations, we have to assign a ‘failing’ grade here also.

Clearly, more topics could be covered. Education, the role of the family, equality among races and other social concerns have seen some progress, but again, the problems are still growing and solutions are far and few between. Humanity, like Scrooge, stands before his grave. The Ghost before us is all of the prophets who have pointed to this time of change. What is different now from times past is that every aspect of our existence on the planet is in turmoil. We have had economic problems in the past. We have seen many great wars. There has been religious strife. We have had mini ice ages, periods of drought and severe weather. The difference is that all of these things are happening at once and not over scattered periods of time. Add to all of this the great unknown of our solar systems alignment with the galactic core, polarity shift (which appears to have started), and things like the Solar maximum for sunspots, and plot grows even thicker. So once again, "Men's courses will foreshadow certain ends, to which, if persevered in, they must lead," said Scrooge. "But if the courses be departed from, the ends will change. Say it is thus with what you show me." There is a time factor to consider in the plea of scrooge. Even if we depart, which I have shown we have not, from our courses, certain ends will result. The seers of days past saw the path we were on. They took us to the stone and pointed the way to change. Truly, if we change our course, the ends will be altered. But is anyone listening? At this point, 2012 looks to be a raucous time.
Posted by Philip F. Harris at 9:14 AM

Hi, Philip -- Thanks for your comment on my comment on this piece on Blogcritics. Haven't had a chance to review your personal site yet, but I plan to. I'm also on Blogger. You can find me at http://mizbviewsfromthetower.blogspot.com -- or, I think, just by clicking on my name on this comment. Ah, whatever did we do before the Web?? Oh, yes, I remember now: we read books, wrote letters and spoke to one another! Best regards, Jeanne Browne (aka MizB)

All I can say Phil, is "wow". My depth of knowledge on these matters is pitiful, at best, compared to yours. I don't know the statistics, the physics, or the fine intricacies that define where we are right now as humans. But I'm not completetly without insight. And I'm more than just a little concerned about the state of our world. We seem to have done a fantastic job of improving our lives, but have done little to improve how we live. There's nothing wrong with a little well placed denial. In fact, it's a healthy coping mechanism. But at some point reality will make its powerful presence known, and we won't be able to hide from it.

Thanks, Maria. The sad part is that we currently have the technology to solve most of the problems, but greed and ignorance keeps rearing its ugly head. At this point, I think we are in for a hit upside the head with a Cosmic 2X4 and maybe then we will wake up and get on with the business of our own evolution.